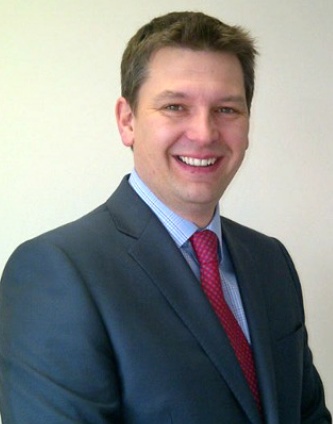 Kevin had been working for himself for seven years and advises both individual and corporate clients.

After growing his business successfully for the first few years he found that it reached a plateau. Growth had stopped and this affected his confidence in his abilities.

Kevin met the Arrivista team in 2010 and was looking for some help. Initially he was sceptical of business coaching as he had met a couple of other coaches who hadn't instilled any confidence. However, as he said,

The Arrivista coaches were different. I knew very quickly that Arrivista could help me. I was filled with confidence.

Kevin met for an initial complimentary consultation at Arrivista and it was decided by both Kevin and his coach, that joining Arrivista’s various group coaching courses would be beneficial. As Kevin said “I realised I just needed some help to refocus and set a clear direction for the business.”

The first course Kevin attended was SalesENRICHED. This course looked at the whole sales and conversion process and clarified the steps Kevin needed to take.

As he said “It was very interesting. It highlighted that I had stopped doing all the things I should be doing. For example, simply calling clients more often and talking to them. Also, negotiating based on understanding what the clients actually needed. The things I learned helped me straight away when I put them into practice.”

What a difference Breakthrough Day made!

Kevin then started attending Arrivista’s Breakthrough Day. Kevin was very nervous before going to the first one as he thought it was going to involve other business people all positively saying how successful they were; however he found the day was a complete surprise.

"I was amazed at how open and honest everyone was. I had never experienced such openness amongst business people. We were all telling each other our problems in a safe and helpful environment. It was an inspiration!"

You should never stop learning & reflecting...

Kevin has found that learning new things at the various events have been incredibly useful. This follows the Arrivista belief that self-education is vital in making you a better business person. Kevin has been exposed to a lot of new thoughts and knowledge. Particularly, he found learning about Internet marketing and social media very useful. As he said “My social media activity has directly lead to new contacts and leads.”

Kevin also really appreciates being exposed to all the new books that are recommended and discussed. He has changed his reading patterns and uses the books to increase his education.

The first book I was given from Arrivista was ‘The Slight Edge’. I went away on holiday and read it cover to cover. It thoroughly inspired me and reflected what Simon had been saying. I came back from holiday on a real high and buzzing with excitement.

The group events have also lead to some great networking opportunities. Kevin has gained new leads and clients from the people he has met at Arrivista's events. This alone has made the coaching financially worthwhile.

Kevin has found that the Arrivista community he accesses through the group coaching events has been incredibly helpful, supportive and inspirational.
As he remarked “You don’t have to do it on your own. There are lots of other business owners out there with the same issues. The community I am now part of is fantastic.”

“I am much more confident and positive now. The future looks bright. Plus I now spend more time at home rather than in the office!”

On a personal level...

On a personal level Kevin feels that the group coaching has had huge benefits. The business is also now on a much stronger footing, which he puts down to a number of small changes he has made over time. For example he is more confident in closing deals and his average fee charged has gone up. This has led to a 50% increase in profits since he started attending Arrivista’s group coaching.

But, as he says “It’s a slow process and takes focus. I now dedicate time to work on the business rather than just in it. But the results are clear.”

Kevin feels that coaching has helped him on many different levels and enjoys being part of the Arrivista community of business owners and leaders. As he enthusiastically remarked “The coaches at Arrivista are very positive and full of energy and ideas. We get on well and I would recommend business coaching to anyone who has lost direction and needs some help to get back on track. I have recommended Arrivista to a number of my clients and would suggest it to any business owner.”

For more Information on how business coaching & training can help you & Your business, call 01905 352685